Have you tried our delicious new one cup coffee bags yet? They’re just like a tea bag, except with coffee! Available as a Rainforest Alliance certified Arabica and a Swiss Water Process decaf, we’re supplying them to top quality hotels and luxury B & Bs across the country. 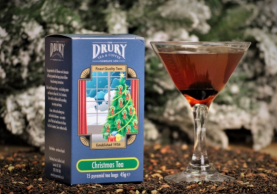 With Christmas drawing nearer, our tea department has once again started to blend our fantastic Christmas Tea pyramid tea bags. Apple, orange and Christmas spices enhance the finest black tea to create a warming, festive tea perfect for cold days this holiday, with scents of cinnamon and cloves to get all into a merry mood.

This year we have created a brand new Drury Christmas Tea cocktail: Christmas in Manhattan. Infuse American bourbon with our Christmas Tea and mix with sweet vermouth and orange bitters for your own fairytale of New York. Impress family and friends with this sweet and spicy festive cocktail. 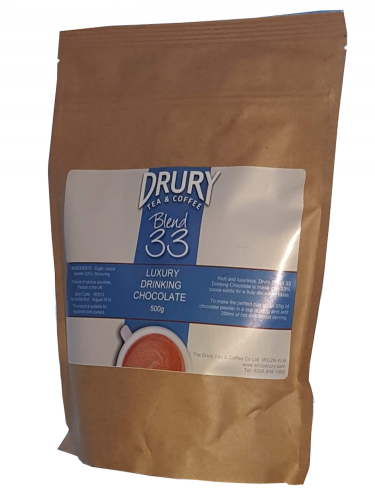 Drury Blend 33 is a delicious hot chocolate drink that’s made with 33% cocoa solids for a truly luxurious treat.It’s designed to be prepared with hot milk for a really rich flavour and texture, and it’s suitable for vegans (using soy or almond milk) and coeliacs. 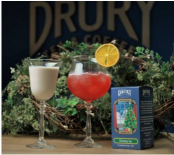 It’s that time of year when we start blending our delicious Christmas Tea pyramid tea bags. A mix of the finest black tea blended with apple, orange and Christmas spices, it is warmly aromatic and spicy, with the rich scent of cinnamon and cloves.

Our Christmas Tea pyramid tea bags don’t just make a great cup of tea, they also help make the perfect Christmas cocktail. All you need to do is infuse one Drury Christmas pyramid teabag in your chosen spirit for at least 60 minutes, then squeeze the teabag well and discard.

This year we have once again teamed up with our friends at Artis to create two festive cocktails. Served in their gorgeous Libbey vintage 1924 glassware, we think either of these would make the perfect tipple to serve at any Christmas party.

This is a take on the famous Sidecar cocktail

Method: Shake all the ingredients with ice and serve in an ice-filled vintage 1924 cocktail glass. Garnish with a dehydrated orange slice.

A decadent nod to the Brandy Alexander

Method: Shake all the ingredients over ice and serve in a vintage 1924 cocktail glass. Top with a dusting of nutmeg.

Our Christmas Tea pyramid tea bags cost £3.95 per 15 and are available now at www.shopdrury.com 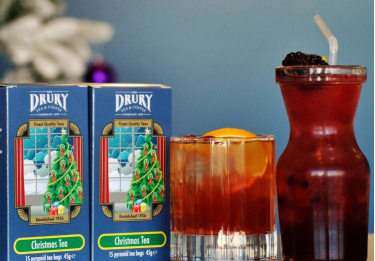 Our Christmas Tea Pyramids don’t just make a great cup of tea, they also help make the perfect festive tipple! We’ve teamed up with specialist glass and barware supplier Artis to showcase two seasonal cocktails that will put the sparkle into your Christmas celebrations.

Infuse 1 Drury Christmas Tea pyramid bag in gin for 30 to 60 minutes, squeeze well and discard tea bag. Muddle 3 blackberries with gin, add other ingredients and shake well with ice. Strain into an ice filled glass and garnish with 3 remaining blackberries and lime wedge.

For more details of the wonderful range of cocktails glasses available from Artis, please visit www.artis-uk.com 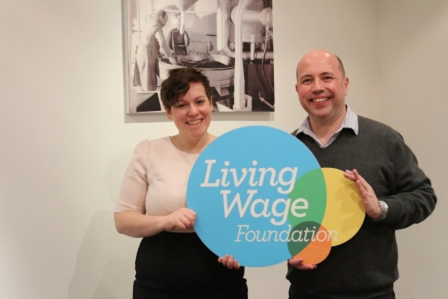 The Drury Tea and Coffee Company, is pleased to announce that it has been accredited as a Living Wage employer by The Living Wage Foundation. A plaque to mark the commitment will go on permanent display in Drury's new premises in Woolwich.

The Company's commitment to pay staff the London Living Wage will see everyone working at Drury - regardless of whether they are permanent employees or third-party contractors - receive the London minimum hourly wage of £9.15, which is significantly higher than the current national minimum wage of £6.50.

The Living Wage is an hourly rate set independently and updated annually. It is calculated according to the basic cost of living using the 'Minimum Income Standard' for the UK and employers choose to pay the Living Wage on a voluntary basis.

The accreditation coincides with Drury's multi-million pound factory and office move. After 16 years in its present home just south of Tower Bridge in London, Drury is moving to new premises in Woolwich, where the local council, Royal Greenwich, is a keen supporter of the London Living Wage movement.

Living Wage Foundation Director, Rhys Moore said: “We are delighted to welcome Drury to the Living Wage movement as an accredited employer. The Living Wage is a robust calculation that reflects the real cost of living, rewarding a hard day's work with a fair day's pay. We have already accredited 1,300 leading employers ranging from independent printers, bookshops and breweries, to well-known companies such as Nationwide, Aviva and SSE. These businesses recognise that clinging to the national minimum wage is not good for business. Customers expect better than that from their suppliers."

The Living Wage plaque was presented to Drury Director, Marco Olmi, by Living Wage Foundation Programme Manager, Emma Kosmin. Speaking at the presentation, Marco said: “We all know how difficult it is in London to make ends meet on just the minimum wage. Our motives are not just altruistic, however. We anticipate that paying a fair wage will help us retain staff and improve productivity."

About the Living Wage Foundation

The Living Wage Foundation recognises and celebrates the leadership shown by Living Wage employers across the UK. There are currently over 1,300 accredited employers. The foundation is an initiative of Citizens UK and believes that work should be the surest way out of poverty.

Our New Roastery and Headquarters 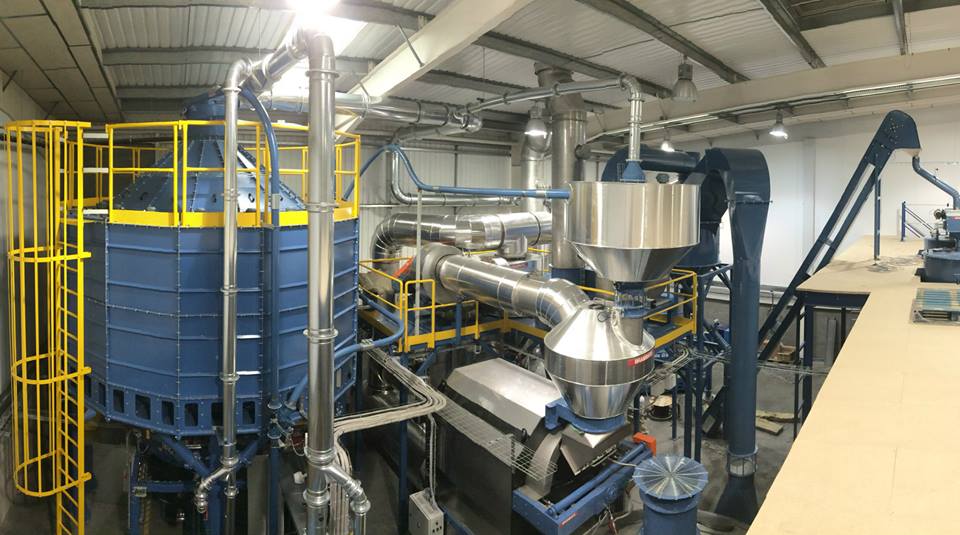 Drury Tea & Coffee moved into our new roastery and headquarters in Woolwich at the end of June 2015 and what a move it was. It took us six months to fit out the new building and install our new equipment, whilst we also had to keep our existing site in Bermondsey fully operational.

We feel that this move is a significant step forward for Drury Tea & Coffee as we invest in a host of new facilities and initiatives designed to increase our production capacity and enhance our service levels. Highlights of the new factory are:

Further details and some photos of our new premises can be found at our Facebook page,

I am happy with this